The role of media in the society is instrumental in shaping social, economic, and political aspects that affect the community. For years, the media through the various forms of content has transmitted information through books, music, radio, and television with an aim of educating, informing, entertaining, and empowering the masses. The role of media in shaping and effecting change in social, economic, and political aspects remain the core responsibility. 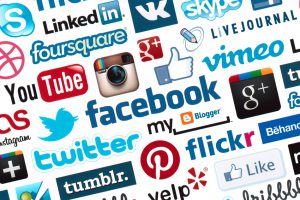 The impact of media on social issues is cognizant of the diversity in culture, race, religion, and gender in the society. According to Anderson (2013), the media has played a great role in informing and educating people about the existence of such diversity.

Consequently, this information and content have played a key role in harnessing social harmony, integration, tolerance and peace (Anderson, 2013). Today, there are concerns that the media is influencing adopting and assimilation of new cultures across the world.

The media’s influence over the economic matters is by promoting commercial activities through television programs and business journals. In this context, the society has remained informed on commercial matters and economies have improved as a result of the same (McCombs, 2013). The same influence has been vital for political progress in societies that require improved democratic space especially through diverse opinion (McCombs, 2013).

In conclusion, the media has maintained the traditional role of acting as the society’s mirror of on so various levels. Importantly, the capacity of the media to effect change through social and legislative processes is amazing.  Over time, the media has been challenged to maintain proper values by providing accurate information and content that do not infringe on the rights and morals of other people.